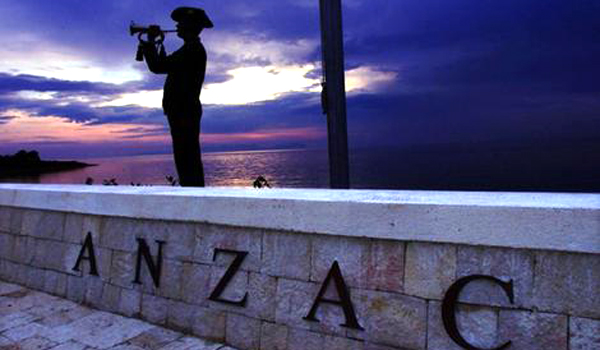 I HAD been meeting with grandad for three weeks, compiling his thoughts for dad’s book, when the conversation took a turn.

In all honesty, I’d got everything I needed from him in regards to the book in the first couple of meetings. The rest of the catch-ups were simply because we both enjoyed them.

So, when grandad steered the conversation towards memories of his own life, I didn’t mind.

Heck; it’s not as though he struggles for interesting topics.

Grandad served in World War II with the RAAF.

He was one of the original WAGs. Wives and Girlfriends? Please! He was a Wireless Air Gunner.

And he has stories galore. Remembering them with ease, despite being 98 this year.

The most commonly told recalls him having to bail out – semi-conscious after hitting his head on the aircraft – over enemy territory in Burma, where he was rescued and cared for by the indigenous people (eating such delicacies as lizard), before being found by the airforce.

We’re very privileged to still be able to share our lives with grandad.

So, on the eve of tomorrow’s Anzac Day, I wanted to share part of the hour-and-a-half long conversation we had last August about his time in the war.

Glen Foreman: About five years (1939-1944). That’s a long time to serve.
Eric Foreman: I was supposed to only do about 25 tours over enemy territory; I think I ended up doing 32 or something.

I didn’t volunteer, I never volunteered, I think it’s suicide in the services, but if I was called, I never grizzled.

Twenty five was the set sample of how many trips you should do and, as I said, I did in my 30s, but only because my squadron was going and I didn’t want to leave the squadron.

I always had the same pilot.

Sometimes, we’d miss out on the extra (crew), because we’d only be doing a short trip and we wanted to carry more bombs.

You get rid of two blokes and you’ve lost about 500 pounds.

The airforce used to love that.

GF: Was it scary at all, travelling with a plane filled with bombs?
EF: It’s always scary, I don’t care what other people think.

You get the blokes filled with bravado, who said, ‘There’s nothing to it’, but there is plenty to it.

You only need the bloody motor to fail when you’re 50ft off the deck and you’re dead, because you’re travelling at 300km an hour when you’re taking off and when you’re coming in to land.

The low flying is for the birds, I think.

Although, I didn’t mind when we had the four motors going to dive above the forests or into a canyon or something.

That was really terrific, I used to like that and I was never scared of it.

It was something a bit different to getting up to 20,000ft and just flying your course, dropping your bombs, turning around and coming back to land.

To do a bit of skylarking like that helps to get rid of the tension.

GF: Did you ever feel bad about fighting in the war? (I don’t want people to think of this question as insensitive. Grandad is deeply Christian and the two create obvious conflicts).
EF: Yeah, I did, because I thought, ‘Righto, if we misplace it (a bomb) …’

The Japs were pretty smart cookies, they built their camps right in the middle of habitations.

Now, how the hell are you going to miss some of the other poor people.

The only way you could avoid that was through low flying; pick your target, come in low, drop your bombs and keep going.

I say this now, without fear of contradiction, that every airman who took off had that sick feeling in his tummy.

But we became used to the idea that, ‘Right, we were the ducks that volunteered, we weren’t called up’.

So, therefore, I’d written my own death warrant.

Every time I climbed into an aircraft, I was scared stiff, but once we started the movement to take off, it was a different story.

You knew there were seven of you in there, you knew you were all in the same boat, you knew they were all competent, otherwise they wouldn’t be there.

You build a comradeship.

GF: Gee whiz, so the airforce made you go back and fly another 10 or so after you’d already bailed out?!
EF: The airforce would virtually insist on that, to make sure your nerve was ok.

I bailed out, as you know.

I was one of the lucky ones, I suppose, I got hit across the top of the head and went unconscious, but after I bailed out, I had enough wits to pull the string and float down.

I remember hitting the deck and it was in the middle of the bloody night.

I don’t think I ever got used to the idea of, ‘Right, you get into your plane, you drop your bombs and you come home’.

GF: What made you volunteer?
EF: I volunteered in 1939, shortly after war was declared, and I wasn’t called up until 1941.

I think one thing that stayed in my mind, I was always scared stiff that I was going to get conscripted and end up as a foot-slogger, or something like that.

Whereas, when you were flying and had formulated a crew, you were a crew.

We would go on leave together, go to the mess together, and after a mission, we would go and get stinko (drunk) for something to do.

Your mates are volunteering, blokes I played football with in Kalgoorlie, and you’d find out they’d volunteered in the navy or something like that.

I almost went in the navy, but they wouldn’t accept me. I don’t know why not.

They made me fly down from Kalgoorlie to Fremantle, I did three interviews, and I didn’t make it.

You were your own boss again.

The day I did my last trip in India, I knew, ‘Well, that’s the last time I’m going to have some silly bugger shooting at me’ and that was a big relief.

GF: So, grandma had said there would be no boyfriends. Was she true to her word and how long was it until you got married?
EF: No, no boyfriends.

It wouldn’t have been longer than three weeks before we got married.

By this time, I’d finished serious flying and I’d kept in touch by letter with Norma.

I’d write a couple of times a week and she’d send them back to me.

To get them back home, it would take a couple of days, because the airforce was pretty good that way.

If you didn’t have that sort of support, your confidence would go down like that.

Sometimes, our letters would cross, but we were both writing regularly.

She would tell me about what she was doing, as a matter of fact, we did most of our marriage plans by mail.

We fixed up the date and all this by correspondence.

We were pretty lucky; we were very close all that time.

I did for many years, but I haven’t got any now, I diced them.

Oh yes, they would have made some interesting reading, but I wouldn’t have shown them to you.

And, with that, we both laughed, hugged and said goodbye for the afternoon.

A little more than three years after grandad returned from the war, dad was born. January 5, 1948. And, The Legend From Bruce Rock, began.

Thank you, grandad. Lest we forget.

Do you have your own Anzac Day story? Feel free to share it in the comments below.