You’re probably wondering where the name FFPress came from? It’s pretty simple; my original blog was titled Foreman Free Press. When building the new site, I decided to drop the “Foreman Free” and, hence, came up with FFPress.com.au.

As for the “Free Press” part, that is a small tribute to my favourite writer, the Detroit Free Press’ sports and multi-issue columnist, Mitch Albom, who also wrote the famous Tuesdays With Morrie, For One More Day and the Five People You Meet In Heaven.

What will you find at FFPress? As Mitch wrote in his first column for the Detroit Free Press: “Some opinions, some heart, some frankness. Some laughs.” 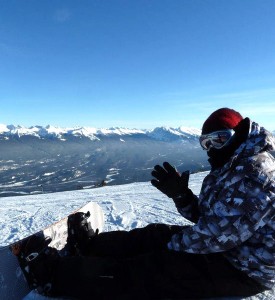 I’ll keep this as brief as possible.

I got my first full-time gig at a news outlet in 2008 with Perth’s The Sunday Times and I’ve been there ever since. Before that, I played bit parts for the ABC, WA Institute of Sport and the WA Sports Federation.

I’ve worked events ranging from local to international and getting to cover the 2012 Paralympic Games has so far been the highlight of my journalistic career.

I took to journalism late. My first full-time job was as a warehouse worker sorting magazines all day with Courier Australia. I did it for a few years. The job was the pits, but the people were some of the best I’ve ever met.

I lost my dad in 2006 and that prompted the career-change and, in 2012, I embarked on writing his biography, currently titled The Legend From Bruce Rock, and scheduled for completion in 2016 – the 10 year anniversary of his passing.

I’m married to my beautiful wife, Sarah, who keeps me grounded.