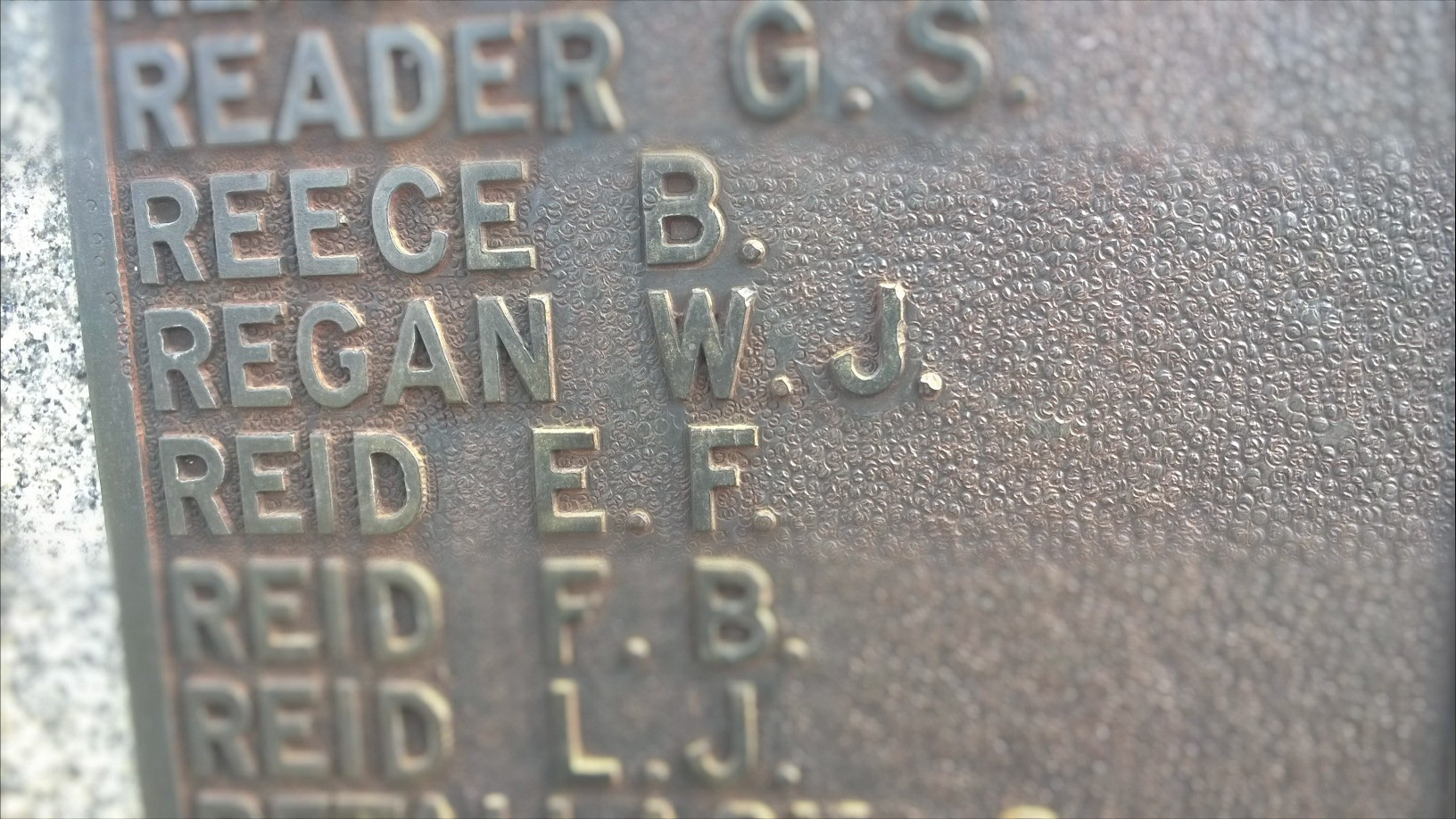 WORLD War II had ticked into its 1005th day. German U-Boats had sunk four allied warships in the Caribbean and Atlantic, while poor visibility had more than 950 RAF bombers target Essen, but lay ruin to several other towns up East Germany’s Ruhr Valley. And 16,000km away, a twin-engine Anson plunged into the waters off Bargara, Queensland, killing its three occupants.

It was 1 June 1942. A Monday, cold – even for balmy Queensland – and a routine training flight had turned horribly wrong.

On board AW902 was Flt Sgt Ronald Campbell Davies, LAC Clifford James Lucas and LAC Walter James Regan. And, in a remarkable twist of fate, a Wireless Air Gunner named Eric George Foreman was elsewhere in the country when he heard the transmission of the crash on his radio.

Fast forward to 2006, my Aunty Jill said at dad’s memorial service, “Wally probably took 50 of his 58 years to appreciate (the significance of his name).”

Back in 1942, the twist of fate was remarkable because the significance was not lost on the radio operator: Eric Foreman had just listened as his then-girlfriend’s twin brother, Walter James Regan, was pronounced lost.

Nine days later on 10 June 1942, the RAAF officially abandoned the search for AW902. The bodies of the three crew members were never recovered, with the official Air Force report stating, “It is advised that hope of finding the bodies of the three airmen comprising the crew of Anson Aircraft AW902 when it crashed into the sea on 1st June, 1942, has been abandoned”.

It was a transmission from Bundaberg’s No.8 Service Flying Training School to the Headquarters at Wagga Wagga.

Eric George Foreman ended his service with the close of the war and made his way home to Kalgoorlie, marrying Norma Lyle Regan within a month of his return on 31 October 1945.

The couple welcomed their first child, a boy, less than three years later on 5 January 1948.

“Wally was given the name of ‘Walter John’, after mum’s twin brother, who had recently been lost in the war,” Aunty Jill said at the memorial of dad’s death.

“Whilst mum and dad and mum’s parents thought this was the most wonderful choice of name, Wally probably took 50 of his 58 years to appreciate that.

“However, it was when he visited the special memorial built in Kings Park to honour the 50 years since World War II ended and saw our Uncle Wally’s name there, that I think he fully appreciated the significance of his name.”

This remarkable tale unfolded to me thanks to a lady named Barbara Paramor, who, like me, embarked on a journey to learn more about her father. Barbara’s father was Flt Sgt Davies and her journey led, first, to the establishment in 2007 of a memorial plaque in Bargara dedicated to the three crew members and, secondly, a mission to advise the families of the other crew members that the memorial had been founded.

I received an email from Barbara a little while ago, telling me the whole story – we’ve had a couple of phone conversations since – and I intend on sharing Barbara’s story here at some stage, because it’s an amazing one in itself.

It was one that made me realise that a person’s life starts well before they are born.

As did The Legend From Bruce Rock.