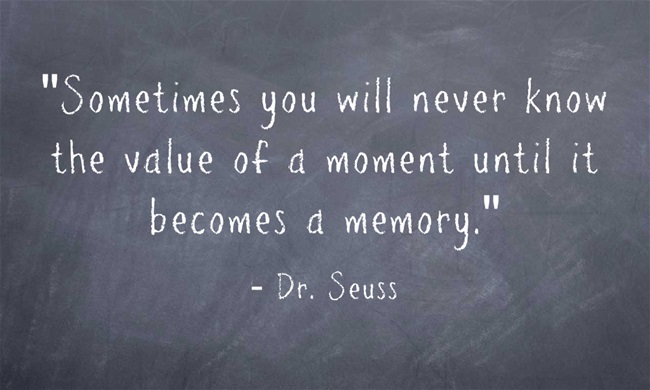 This can be an extremely difficult project at times. The hardest project I’ve ever undertaken.

There are moments when I am writing that I am suddenly overwhelmed with a sense of grief. My stomach tightens and I want to burst into tears. It’s confusing, because it isn’t from thinking of dad and I find myself wondering why I’m feeling that way, at the same time as being overwhelmed.

I understand now it’s because I’m not just writing a biography about one life. Not just documenting one life.

The silly thing about that statement is that when I’m conducting the myriad of interviews that need to be completed, I often ask people about themselves. Some people find that curious and I explain that it is because a biography is really one big story made up of lots of little biographies: their history and how they came to be where they are, give context to their interactions with dad and helped paint a more complete picture.

So, I knew this wasn’t just a story about dad. I knew it, but I didn’t understand it.

Those moments of overwhelming emotion are during the writing of chapters that involved people such as my mum and my grandparents and I suddenly realised that I was being overwhelmed with emotions because many of those people are gone.

I have now lost all of my grandparents, as well as my father. That makes my mum an orphan and, as I was writing the chapter on her childhood and recounting the sweet stories of her memories as a young girl spending time with her mum – my nana – the images that appeared in my mind were just too powerful to handle. I thought about the nana I’d lost, the lady my mum had lost, how she must have felt – and still feels – and how hurt my beautiful daughter Charlotte would be if she ever experienced that loss.

There are moments when I’m listening to interviews as I tap out transcripts, only to pause midway through upon the realisation that the voice I’m listening to belongs to a person that is no longer alive, be it my grandfather or one of dad’s closest childhood friends, Bryan Kilminster.

Those moments are too much.
Then there are different pangs of emotions – guilt, regret and self-loathing, mostly – which were confusing, until I realised it’s because I’m transcribing words from people who describe a Wally Foreman that they knew better than me. A friend of his, knowing my father better than his son. Forget all the comforting sentiment, the life he had before I ever came along and the natural development of a father-son relationship that never had the opportunity to transform from adversary to mate. I know it all. I’ve heard it all. Forget it all, because at those moments, excuses don’t matter. It hurts like hell.

Then there are the moments that I stand at a funeral service for an old friend of dad’s and the person leading the service makes mention of the story that ran in Inside Cover. A story possible to tell only as a result of this project. A story that, yes, mentioned Wally Foreman, but that also mentioned some bloke named Bryan Kilminster from a small country town called Bruce Rock. Some bloke that 99 per cent of the population had never heard of, yet there he was, in the paper of record, forever etched in history. Never forgotten.

The moments I had – and will always have on recording – with my now-lost grandad, talking for hours about issues far deeper than, “Did you see the game on the weekend?” Forever on record. Never forgotten.

And there are the moments I hit the ENTER key four times, before writing the heading of the next chapter, pressing save and closing Microsoft Word. I think of the 50,000 words already written that will forever hold those moments, those memories and those emotions in history. I think of the moments people who hear “50,000 words” and stagger, suggesting it’s overwritten and I give a wry smile to myself, because I know it’s not; they’ll see. I walk out of the room and into a moment of ecstasy, as Charlotte breaks into smile and laughter and Sarah gives me a hug.

Those moments are enough to keep me going.