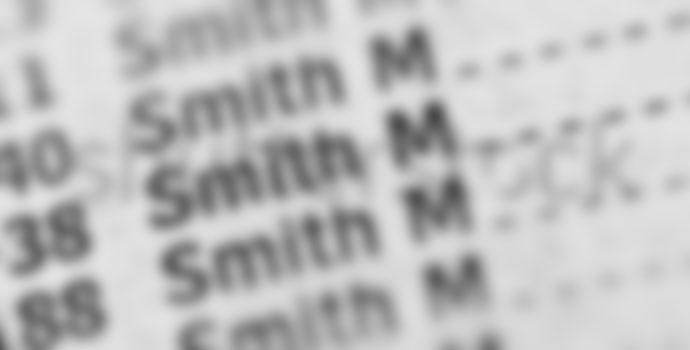 IMAGINE having no leads and trying to find a guy named Colin Smith, who you weren’t even sure was still alive.

That was the latest task I faced in putting together dad’s biography, The Legend From Bruce Rock.

Before I explain, let me give you an update on where it’s all at, because I know I haven’t posted a blog around the biography in a while and I apologise for that, but, rest assured, that’s not because progress has stalled.

The book has developed a structure and narrative that I’m not only extremely happy with, but that has also helped really focus the work required.

There will be three sections – pre-WAIS days (think Bruce Rock, army and the media), WAIS days and post-WAIS days (back at the ABC and all that entailed and the final days) – and within those sections there will be chapters.

I decided to begin on the WAIS section for a couple of reasons; it was the time in his life that had the most manageable structure, characters were easily identified and located and there were specific incidents that I was able to hang chapters off. The hope was that those aspects would then help establish a better picture in my mind of how the overall book would look and I’m happy to say they did.

The interview list is up to about 95 people across all sections – I expect it to grow to about 120 once I’ve moved to the other parts – and I’ve plugged through about 50 so far. A lot of work to come, I know, but I believe it’s achievable.

Interviews are still planned to be knocked off this year, with writing commencing and concluding next year, allowing 2016 to be dedicated to editing, re-drafting, publishing and marketing for release in November of that year – the 10 year anniversary. So there is time in there to allow a bit of flexibility in scheduling.

Now, back to Colin Smith.

I’m coming to the end of my WAIS interviews and beginning to look at the other sections of the book. This time, I’ll focus on the pre-WAIS days and, in those early days back in Bruce Rock, there was a particular name dad remembered fondly.

For those who heard dad talk about his school days back in the country, you might have heard the tale of the Friday class quiz “that would deteriorate into a sports quiz between the teacher and Wally”.

That teacher’s name was Colin Smith, the school was Bruce Rock Primary – which later became Bruce Rock Junior High School – and the year was about the mid 1950s.

That was all I had to go on.

My understanding and what I had heard through the country grapevine was that Mr Smith was still alive, but my leads ran dry. The last resort of going through all the Smiths in the phone book was not exactly my desired option, as you can imagine.

So, I made one last desperate pitch: I asked ABC Radio’s Eoin Cameron and Geoff Hutchison to drop a short announcement that I was searching for Colin. The pair, who were close friends of dad’s and whose friendship and ongoing support of our family is so very much appreciated, helped out and Colin made contact within about 12 hours.

Here’s where it gets spooky.

Firstly, Colin Smith now lives in the same suburb as me. He is about 5min from my house.

If that wasn’t coincidental enough, the person who heard the announcement and told Colin to contact us was a man named Ray Starky; a former teacher and a friend of Colin’s, but Ray was also – wait for it – my very first principal at Poynter Primary School in Duncraig.

Beyond that, he was also my mum’s teacher at Tranby Primary School.

The universe is full of surprises.

Many thanks to our extended family at the ABC for delivering the message and to Ray “Mr” Starky for ensuring it found its way to Colin Smith, who then contacted my aunty Sandy and provided all his details.

He remembers the days well, remembers dad even better, and has a class photo of them, along with a photo of dad and the class in a school play. I look forward to speaking with him.

This ongoing journey never ceases to amaze me with its chances and coincidences and little miracles.

Although, it’s hard to say miracle, because it wouldn’t have happened without those who have helped along the way.

Thank you to you all and I can’t wait to bring you The Legend From Bruce Rock … which will now include the story of Colin Smith and the class quiz.