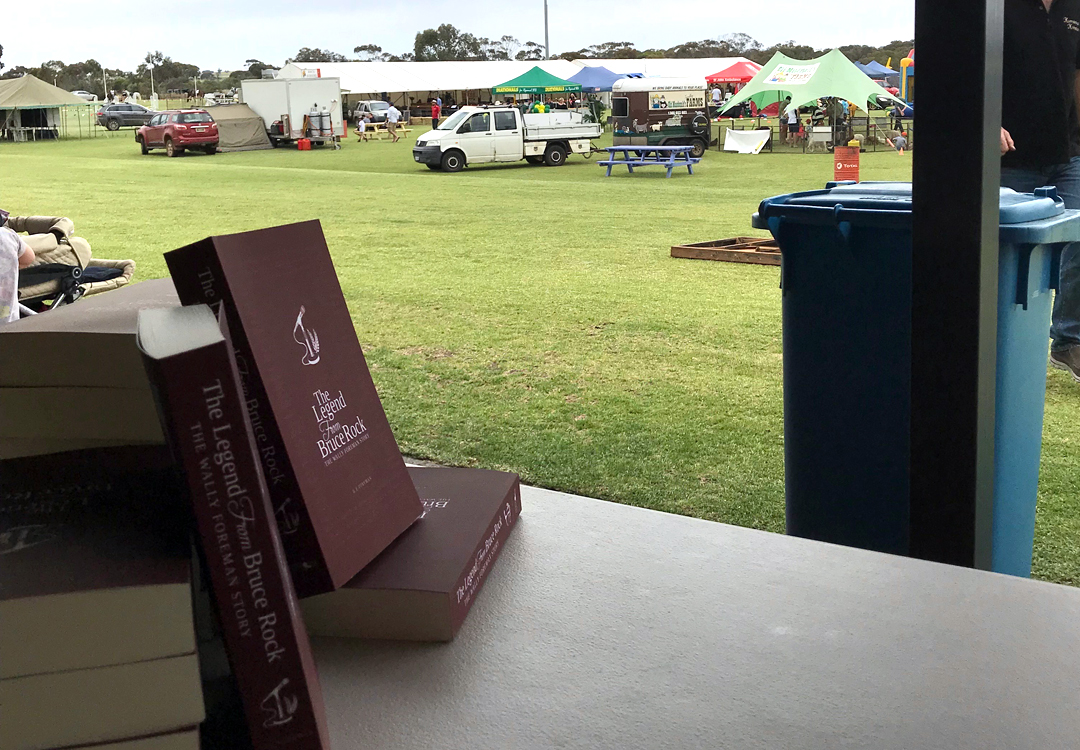 WELL, it’s been a while.

I’m sure for many of you that’s been a relief – to not hear me banging on about something – but, still, I apologise for the silence.

For those not aware, my actual job is Senior Manager – Communications at the WACA and, with the One-Day Domestic competition starting shortly after the launch of the book (we won, by the way!), followed by the Sheffield Shield, followed by hosting England in their first Tour Match of the summer last weekend, time quickly ran away.

It’s only now that I’m getting the chance to pause and reflect on the past couple of months from a book perspective.

I found myself in a bad mood a couple of weeks ago – more grumpy than my usual self – and it lasted for a good week.

It didn’t occur to me why I was feeling like that until I came to a realisation.

In the space of about three weeks, I was heading up to Bruce Rock to take part in the Agricultural Show, a week later it was the anniversary of dad’s death and this week I’m travelling to Kalgoorlie – the place of dad’s birth.

The week of dad’s anniversary – last week – I also had to fly to Melbourne for work.

This certainly isn’t a “feel sorry for me” post, but it’s funny the way life works out, because both the Bruce Rock and Kalgoorlie events were and are part of events far greater than the book or dad.

Yet, coincidentally, events in both the place he called home and the place in which he was born have fallen either side of his anniversary.

The trip to Bruce Rock was beautiful; the family joined me and I got to meet some amazing people, with heartfelt stories and reflections of dad.

I also got to stroll past his childhood home on Johnson Street again, but this time I had Charlotte holding my hand, with Jonathon in the pram.

“You know how your book about grandad is called ‘The Legend from Bruce Rock’?”

“Well, do you remember where we are?”

I loved this next part. The emotion of her response was overwhelmingly unexpected, despite me having expected the penny to drop.

She gasped, before exclaiming: “BRUCE ROCK!”

“That’s right,” I said, before continuing, “And did you know, that house right there …”

And, suddenly, I couldn’t finish the sentence.

I choked up out of nowhere with one of those sudden lumps that leap into the throat.

People have often asked me in the months since publishing dad’s book how I feel having achieved something of that magnitude and my answer has always been that I don’t really feel anything.

I’m a pragmatist and I point out that the book took me six years to put together and its release led straight into the busiest time of the year for my job.

So, the practicalities of having the time to reflect on what the book represents aside, I also state that I don’t expect to really feel anything or have anything sink in for at least 12 months.

But, at that moment, with a little girl excitedly pointing out the details of a front porch that her grandad used to play on, I think it began sinking in.

I’ve never been to Kalgoorlie, but I can’t wait to get there. And I certainly look forward to the next return to Bruce Rock.

Before I sign off, I’d like to make mention that it was the anniversary of the death of another great broadcaster this week – George Grljusich – and my thoughts are with his family.

George loved dad and dad always held a special place for George in his heart. That was very clear in the comments he made about his original ABC Radio mentor.

It was the 10-year anniversary of George’s death on 8 November and, to honour that life, his daughter Jane setup the Facebook page Remembering George Grljusich.

That milestone is bitch of one and I can only imagine how Jane, her twin sister Caroline and their mother Judy must feel – I could never know what they’re going through this week.

We all deal with grief individually, but one of the many similarities shared by the Grljusich and Foreman families is that we both can take solace in the enormous love and care from a community that loved and cared so much for our fathers and husbands.

Thank you again for your ongoing support.