THE family gathered in the coffee shop on the lower-level of Sir Charles Gairdner Hospital in Nedlands. We had just farewelled dad.

Wally Foreman passed away on November 2, 2006. That one sentence alone brings up so many emotions and points.

Firstly, I still can’t bring myself to say the word “died”. It feels so sudden. So immediate and final. Of course, those emotions are ideal for the word’s use, but I still can’t use it.

Then, “November 2, 2006”. Are you serious?! That’s already seven years. Which brings us to these blogs and the book that I continue to piece together. The Legend From Bruce Rock will be released in 2016, to commemorate the 10 year anniversary of dad’s passing. It’s difficult to believe that’s only three years away.

So, there we were, in the cafeteria of the hospital.

About half an hour before, a group of us had been standing beside dad’s bed as he slipped away, but that’s a tale for another time.

The hospital staff were receiving phone calls. People wanted to be updated. The announcement had to be made.

We had been using the ABC as the family’s conduit to the media. Everything went through the broadcaster and the wonderful journalists there, who facilitated the feed of information to the rest of the media.

So, Uncle John made the phone call. Mum, personally, requested that Russell Woolf make the announcement. We were told that would happen and that there would be a special show in place of Drive, ABC’s 4pm-6pm weekday show.

The hospital staff found us a radio and a power-outlet, but the only one available was in the hall outside the Intensive Care Unit, as no electronic devices were allowed inside the highly-sensitive room.

My brother, my mum and I huddled in the corridor around a white and silver, square radio. It’s amazing how vivid that memory is for me. Then, we listened.

That’s what we saw. What we heard. This is the tale from the other end of the microphone. 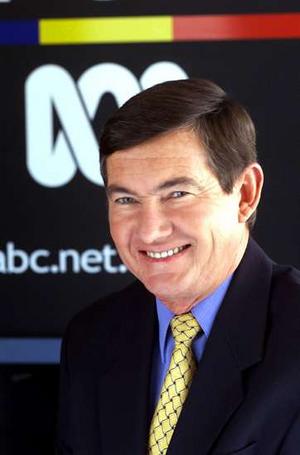 RUSSELL WOOLF, ABC 720 broadcaster
“Bernadette Young was doing the afternoon program and we must have found out around about half-past three; I was due to go on at four,” Woolf said.

“Deb (Local Content Manager Deb Leavitt) told me and, I remember, people were hugging and crying.

“When I think of it in my mind’s eye, it was grey. No-one was wailing or anything, but it was like this cloud of sadness had descended. It was heartbreaking, silent sobbing and then working out what to do.”

The decision was made to go state-wide with the drive program and that Woolf and former colleague Glenn Mitchell would host a two-hour program dedicated to Wally Foreman.

Woolf’s reading of the family statement was a special request from mum, who knew how much dad had cherished the friendship of the affable and truly honest broadcaster.

The forlorn and emotion-invoking musical piece Pachelbel’s Canon was to precede the announcement of dad’s passing.

“Bernadette was on and they gave her the music and asked her to play it at 10-to-four, then they asked her to leave the studio. Then, they told Bernadette. It all happened quickly,” Woolf said.

“I was dealing with (another relative) and he said the family would like me to read it and, seeking clarification, I was a bit unsure whether he meant me, or the ABC.

“Then Lyn came on the phone and said, ‘No, Russell. Wally would have wanted you to read it out’.

“You don’t ever want to read something like that out, but, if it has to be read out and you felt the way I did, then you wanted to be the one to read it.

As Woolf prepared to enter the studio, it was this point that the three of us sat in the hallway of the hospital, backs to the wall – physically and metaphorically – having just said goodbye, for the last time, to dad.

“I walked into the studio at 3:58 and faded down the music and said, ‘I’m honoured and saddened to share this statement with you’, then read it word-for-word,” Woolf said.

“I hadn’t thought about what else I was going to say, it was an incredible moment.

“I still can’t listen back to it without crying.

“I know it sounds weird, listening back to my own voice, but I listen to it and I hear my voice faltering and it takes me back to when it happened. A stronger broadcaster might have been able to have read it without emotion, but I was talking about a mate; I wasn’t talking about an esteemed broadcaster.

“I don’t hide my emotions, I’m not this 1950s bloke who can’t shed a tear – the world’s moved on, thank God – and it effected me. My eyes were wet the whole time and I was catching breath in order to stop balling.

“I still remember it. I said: ‘Mark this day down on the calendar, the second of November, because, on this day, we lost somebody we loved’.”

The ABC then went to the four-o’clock news, before returning and launching into a two hour program dedicated to farewelling dad.

There were plenty of laughs as the ABC dug out some of dad’s more comical moments, as well as some of the superb commentary that made him as respected as he was.

People spoke; everyone from Premier Alan Carpenter, to dad’s friends, such as Bryan Cousins, and sports administrators.

Then, of course, there were some of the most important callers and those whose words still bring me to tears.

You, the public. Thank you for remembering.