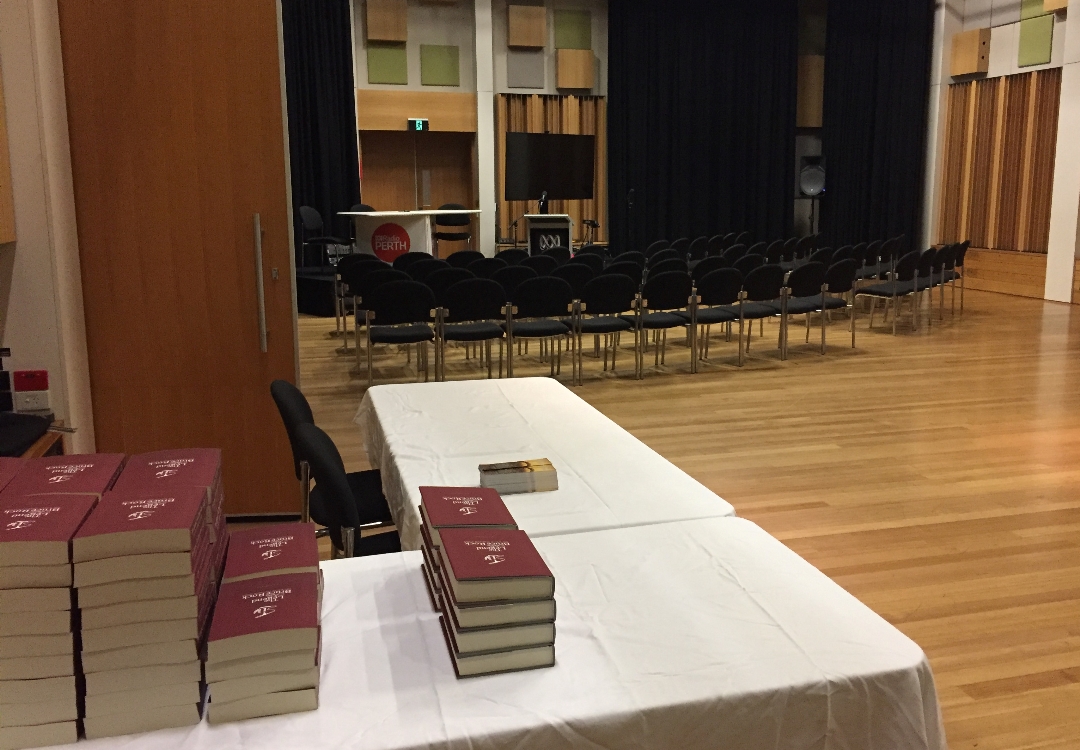 Death ends a life, not a relationship.

Those were the words – borrowed, as they were – that a year ago today launched The Legend from Bruce Rock: The Wally Foreman Story.

As I sat at my computer, preparing one of the two most significant speeches I’ve ever had to prepare – the other being dad’s eulogy – and searching for a way to close it out, those words from my favourite author’s most well-known book, Mitch Albom’s Tuesdays With Morrie, kept ringing in my ears.

I unashamedly have modelled my writing on Albom’s since I first discovered For One More Day at a time when we had just lost dad.

Not only is he a great writer and person, but his background is sports journalism – he seemed like a fairly appropriate blueprint to follow.

That is why The Legend from Bruce Rock is bookended by a couple of his quotes and why, that day a year ago, I quoted him again.

A parting lesson
Unlike the majority of Albom’s works, Tuesday’s With Morrie is non-fiction and captures the final words of Morrie, one of his former teachers, who is slowly dying from ALS – motor neuron disease.

The exchange I quoted in my speech dealt with Morrie’s lessons around the perceived impermanence of a relationship and the mourning – the feeling of loss – that follows a death.

“Everything that gets born, dies.” (Morrie) looked at me. “Do you accept that?”

“All right,” he whispered, “now here’s the payoff. Here is how we are different from these wonderful plants and animals.

“As long as we can love each other, and remember the feeling of love we had, we can die without ever really going away. All the love you created is still there. All the memories are still there. You live on—in the hearts of everyone you have touched and nurtured while you were here.

“Death ends a life, not a relationship.”

A relationship continues
Anyone who has picked up The Legend from Bruce Rock: The Wally Foreman Story would know by now that I wrote it through a lens of introducing our daughter and son, Charlotte and Jonathon, to a grandad they will never meet.

Ensuring there was an opportunity for that relationship to exist, let alone continue, was the sole reason (aside from my stubbornness) that this book eventually saw the light of day.

However, that was not the only relationship this book effected.

I’ve written and spoken about my relationship with dad, which at times was fractured and challenging, but this book gave me an opportunity to properly explore that.

The hundreds of hours spent interviewing, the thousands spent writing, the unquantifiable time spent analysing his life and how it impacted those around him – including me – gave me a whole new perspective on our relationship and a timeless supply of thoughts with which to continue that relationship.

When I first read Tuesdays With Morrie and when we first lost dad, I didn’t understand the quote I quoted.

And I wanted to share a couple of lessons that ongoing relationship has taught me over the past year since the book’s release.

Harsh, but fair
I was standing in the kitchen of our cream-brick-mixed-with-tile kitchen in Duncraig, with an A2 sheet of paper sprawled across the bench, bearing slips of information and printed pictures.

I was about Year 4, give or take, and we had a project to complete on dinosaurs.

I’d done everything asked of me, with the help of my amazing mum, and I was looking forward to showing dad when he came home from work.

He entered the kitchen and made the obligatory comments of praise, but then began suggesting aspects that I should think about adding to really finish it.

I’ve never run a marathon, but how I was feeling at that point I imagine was like having run 42km, thinking I’d stumbled across the finish line, only to have the official move it another 1km down the road.

I was angry that he couldn’t just be supportive and I protested that I had done everything asked, to which he replied: “It’s important to always do more than the minimum and not just what’s expected.”

I remember that moment so vividly.

I’ve taken a side interest in the past six months in psychology, neuroscience and – to a degree – contemporary philosophy.

There’s a lot going on in that moment in the kitchen; one lesson is around the pursuit of happiness, but the important one for today is the different role fathers and mothers play in children’s lives.

The feedback that fathers give usually (and I’m speaking in generalised results here) moves beyond the praise and into the constructive, but crucially rarely contains the answers to a problem and, instead, encourages the child to consider how they will overcome a challenge independently.

The surface lesson there is independence; the deeper lesson is empowerment and self-esteem.

The underlying foundation is respect.

What I’ve learnt, about 25 years after that conversation in the kitchen took place, is that – despite my disappointment at a lack of praise – dad was telling me that he believed in me.

He believed I could be better than the minimum and that I didn’t have to do just what’s expected of me in life.

He respected my intrinsic ability to overcome obstacles and to grow.

Rats and the importance of play
I understand this post has turned into more of a novella, so I’ll begin wrapping up, but that lesson was related to another, that led to me recently making one of the biggest decisions of my working life.

The importance of fathers cannot be understated.

Research has shown that children who grow up without a father experience everything from underdeveloped empathy and emotional intelligence, to increased likelihood of anxiety and depression, irregulated physical controls and even reduced life expectancy.

A study around rough-and-tumble play in rats showed some really interesting results: when a mature rat (usually male) and a younger rat were put together, they would play, but importantly, the mature rat – who could easily overpower its smaller counterpart – had to let the younger rat win 30 per cent of the time, otherwise the latter would refuse to play anymore.

Think about kids and their parents and play fighting; the parent is usually the father and usually – if they understand play fighting – lets the kid win a certain amount of times, to ensure the game continues (because games only continue if all participants are having fun), but also asserts their dominance.

The results also linked the importance of this play circuit in the brain to the development of mature, social behaviours.

Rats who failed to engage in this circuitry of play, either by not engaging, or not letting the other side win, had underdeveloped areas in the brain related to delayed gratification, impulse control and emotional stability – they developed ADHD.

Put simply: where possible, it’s unbelievably important for the father of a child to be present, because the result can be catastrophic if they’re not.

Dad made a decision in 2001 to resign from the Western Australian Institute of Sport and return to the ABC fulltime.

He did this for a number of reasons, one of which was to spend more time with the family, particularly my brother and me.

I am as certain as I can possibly be without asking him that he was not aware of the play dynamic of rats, but he knew something deep in his core that is known to all of us.

Family is important – it’s in the biological structure of our DNA.

Who am I and what’s important
I recently made the decision to leave sport for the first time in my working life.

Someone asked me why and, amidst the other reasons, I replied: “I don’t want my kids to have to write a book about me in order to get to know me”.

I loved parts of working in sport – namely the people – but it wasn’t the life I wanted.

The seasonal and often under-resourced nature of sport comes with high demands on time and that was no longer aligning with the priorities in my life, with two beautiful children and a wife who I was not seeing anywhere near enough – for their sake, as much as my own.

But it was just that – a narrative. A construction. An illusion.

The best thing about narratives is that they can be rewritten.

So, I left sport.

But I only did because of a couple of lessons I’ve learnt in life.

The first was the knowledge, belief and confidence that I could make the change, overcome the obstacles and grow.

The second was that I needed to for my family and myself, to ensure we had the life we all actually wanted and, for the kids, the life they deserved, before their childhood was gone.

The lessons continue, of course, and those mentioned above are just two of the several dad has continued to teach me.

And I finally understand what Morrie was getting at.

Death ends a life, not a relationship.