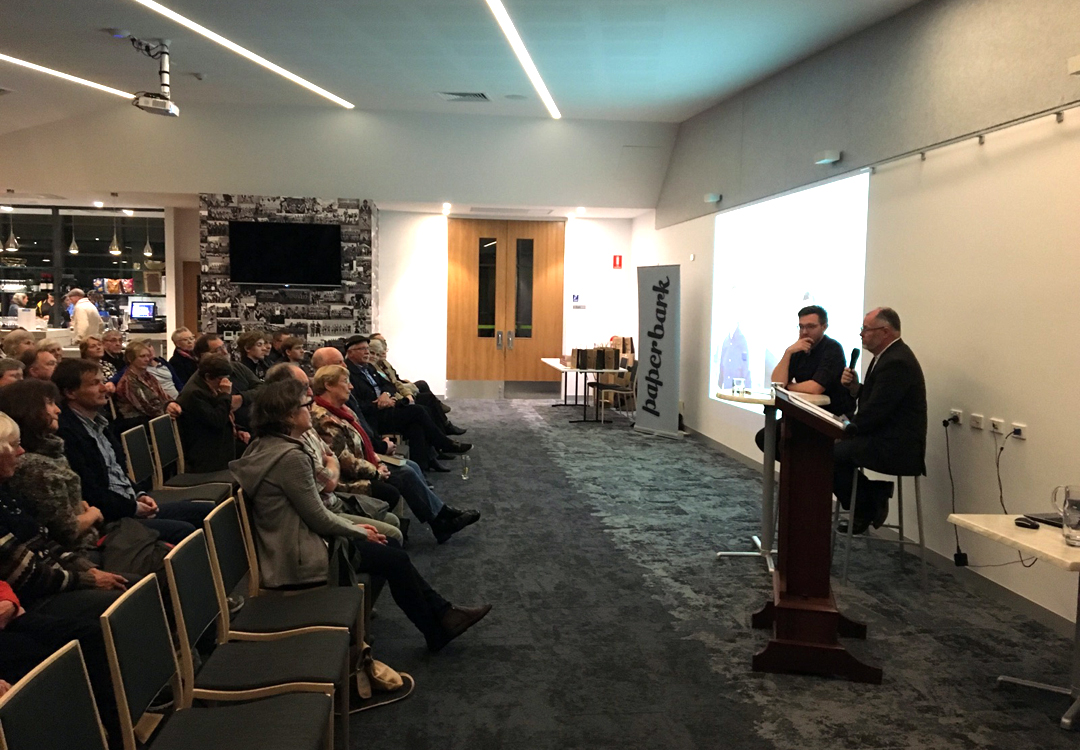 ABOUT 100 people gathered at Albany’s Centennial Stadium on the weekend for the official regional launch of The Legend from Bruce Rock: The Wally Foreman Story.

The Saturday evening event was hosted by local retailer Paperbark Merchants and its owner Lockie Cameron.

It was run in a panel format, with the audience reflecting on the life of Wally Foreman through the thoughts of author and son Glen Foreman and friend and long-time colleague Glenn Mitchell.

The pair moved through Wally Foreman’s life in five distinct stages that looked back on his time growing up in Bruce Rock, his career in the media, followed by heading up the WA Institute of Sport, before finishing on Foreman’s return to the ABC and his passing.

Author Glen Foreman shared with the audience audio and video for each of the stages, helping to provide some unique insight into his father’s life, as well as the process in creating the book.

Audience engagement in the night pushed the event from what was initially planned to be a 45min discussion, to almost two hours, with the crowd at the end given an opportunity to share their memories of the beloved broadcaster.

“One of the reasons I wanted to do a regional launch of this book was because of how much the country meant to dad, but also how much he meant to the people in the country,” Glen Foreman said.

“It was a beautiful relationship that he had with those listeners and I wanted to respect that.”

Glen made a particular point of thanking the audience for taking the time to attend the event, with many having driven from other towns – including a contingent from Bruce Rock.

The next event around The Legend from Bruce Rock: The Wally Foreman Story is a book-signing event at Dymocks Garden City this Saturday 12 August from 12-1pm.